We are excited to announce the release of our Touca SDK for Java today. This library is distributed as open-source under the permissive Apache-2.0 license. It supports Java 8 and newer and is publicly available on Maven Central.

As we release the first version of our Java SDK today, we'd like to take a moment and explain how Touca works and how it can help you continuously test your software workflows for regression.

On average, it takes 23 days for software engineers to gain confidence that their code change works as they expect. This long feedback cycle significantly hinders developer productivity and makes the overall software development process expensive and inefficient.

Touca helps software engineers see the true impact of their code changes on the behavior and performance of their software, as they write code.

We provide near real-time feedback to developers when they write code that could break their software. This way, we significantly boost their confidence in the code they write, increasing their productivity, and helping their teams ship better software, faster.

In unit testing, we run our unit of code with a list of inputs. For each input, we specify the expected output as part of our test logic. We may need to revise our test logic when our software requirements evolve or when we find other interesting inputs that we should handle.

Unit testing is very effective. But writing and maintaining unit tests for some real-world software workflows can be difficult. Consider a video compression algorithm:

Touca is a developer-focused testing solution that help you see the true impact of any code change on the overall behavior and performance of your software, as you write code. Unlike unit testing, a typical Touca test doesn't list the inputs to our code under test. And it doesn't require specifying the expected values for each test case.

Touca SDKs allow you to capture values of interesting variables and runtime of important functions, from anywhere within your code. The SDKs submit this data to a remote Touca server where they are stored and automatically compared against the previously submitted results for a trusted version of your code.

Touca server, self-hosted or cloud-hosted, visualizes differences in behavior and performance and reports them to you and your team so you can decide if those differences are acceptable or symptoms of an unintended side-effect.

Since the Touca server stores your data, it knows the list of your test cases and can provide insights about each. Touca tests can query this list during initialization and run your test workflow once for each test case.

Thank you to our early adopters for their trust and valuable feedback. 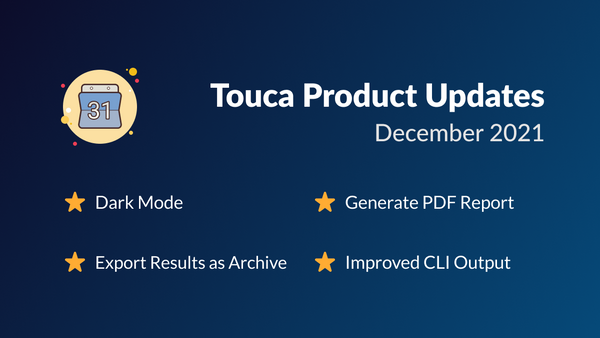 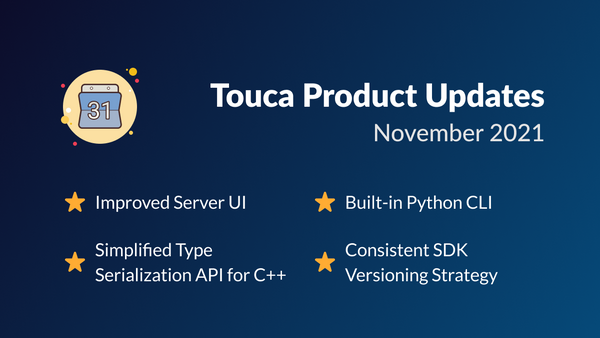 An all around new server UI, a simplified C++ API for serialization of user-defined types, a built-in CLI for Python SDK, a new SDK versioning strategy, and 8 more user-facing improvements. 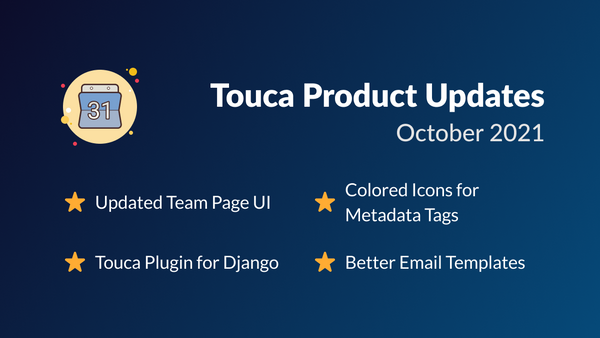